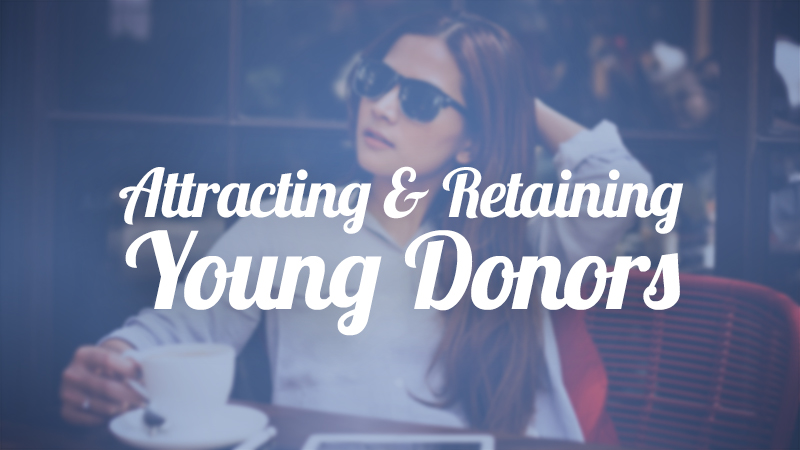 Nearly 85 percent of employed Millennials (age 18-34) donated to a charitable cause last year, according to a recent Millennial Impact Report. That’s impressive in itself – and doubly so when you factor in that America’s youngest working generation is also its largest. Eighty-five percent of Millennials translates to something like 67 million donors!

Furthermore, data from a recent, “buzzy” Pew Research Center report certifies what front-line librarians have been saying for years: Millennials are active and proud library users, and (on the whole) use their local library more often than older generations. In short, if your organization is not courting the largesse of these younger donors, you are almost surely leaving money on the table.

Millennials choose their causes, and how much to give, based on patterns and preferences that may come as a curveball to any fundraiser versed in what’s “tried and true” among older givers. Savvy library support organizations must learn both the best practices and faux pas of this new giving landscape.

According to the Millennial Impact Report cited earlier, an astounding 64 percent of young people have participated (actively or passively) in a walk, run or cycle event for charity. Collectively, nonprofits netted an estimated $1.2 billion through such events in 2012 alone. That’s nearly double what participatory giving opportunities brought in back in 2002.

Young donors are disproportionately represented here, and the reasons for that are twofold. Young adults are not as affluent as their parents and grandparents. Participatory giving opportunities along the “Fun Run” model allow young people to give as little as $5.00 to a friend’s race fund, and still feel the peer affirmation and vicarious commitment of the person they are donating “through.” Under other circumstances, the donor might not view such a gift as appreciated or worth the effort.

Second, participatory giving opportunities allow a young donor unable to contribute substantial funds to have a comparable impact by freely offering their time and enthusiasm instead. (Unsurprisingly, parents and grandparents are oftentimes big contributors.)

Emphasize Cause Over Organization.

As we’ve discussed in a previous article on attracting new, young members to Friends of the Library, this is a generation who thinks critically about who they give to and what impact their dollar is having. Furthermore, compared to their parents, few young donors are “brand loyal” – they will jump ship if another charity with an allied mission looks to be more effective.

For these reasons, mammoth nonprofits with multi-pronged missions have had trouble attracting and retaining younger donors in recent years. It’s not always easy for an organization like United Way to trace a clear line between donation and dividend.

Library support organizations should not expect young donors to rally to them “because libraries need our support.” Instead, cite the added value the Library is able to offer to the community because of private donations routed through the Friends or Foundation. For example: “Your donation of [$x] will allow us to add [x] new titles to our recently expanded children’s area.”

Assuming the money will be put towards the same purpose regardless, employing special asks for specific needs is the perfect way to harness this “cause over organization” mentality.

Hypothetical examples are sometimes appropriate, if based on sound math. In an end-of-year appeal, this might take the form of “In 2016, you donated [$x]. That’s the cost equivalent of [xx] one-on-one tutoring sessions at the Library or [xx]…”

Fifteen years ago, checks accounted for 46 percent of all non-cash transactions. By 2012, that figure had dwindled to just 15 percent – and the percentage is still shrinking. If any charity overlooks the obvious ramifications this trend has for fundraising, they are going to miss out on substantial cumulative gifts from younger donors.

At a bare minimum, your website should include a link to a PayPal account. If you fundraise through ticket sales of any kind, your site should also have an obvious link to an online ticketing platform, such as Eventbrite, EventZilla, or Event Smart. (Their names may be similar, but functions and fees vary. Do your research and find the tool that best matches your needs.) If cutting a check is required, some younger donors will simply spend their weekend and money elsewhere.

Mobile payments are another trend to watch. Apple Pay, the digital wallet platform launched by Apple Inc. in 2013, currently boasts about 90 percent of this market. Apple is presently focused on expanding commercial applications, but large nonprofits like the American Red Cross, Doctors Without Borders, and St. Jude’s already use the platform.

Moreover, some forward-thinking libraries are already accepting Apple Pay for overdue fines. Friends and Foundations should keep on eye on this development.

Invest time and energy in the three core social media platforms: Facebook, Instagram, and Twitter. This is a popular marketing maxim, and Fundraising 101, but not a “no brainer.” Oftentimes nonprofits – particularly small ones and those who’ve traditionally catered to older donors – excitedly turn to social media but almost immediately become disenchanted when the donations do not effortlessly poor in. They delete their Facebook and Twitter or let the organization’s social media presence go dormant.

This misses the point entirely. Although they are devotees of online and mobile giving (see above), Millennials want something different from social media. Instead of a fundraising organ, think of social media as a storytelling and relationship building tool. Young donors follow institutions because they want to hear about their mission in action. Repeated exposure to positive messages makes these individuals more receptive to “asks” over the long term.

Is this ideal? Perhaps not – but think long term. Eighty-eight percent of Americans aged 18-29 use Facebook, and 76 percent of Facebook users turn to the site daily. Do you really want to miss out on this time and attention?